The Stoics, Practical Aesthetics and the Actor

The Stoics, Practical Aesthetics and the Actor 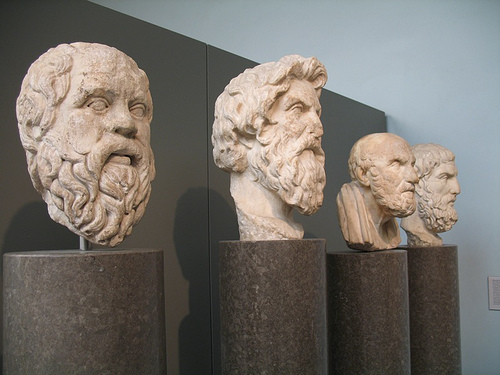 In a recent chat with SOMEONE WHO DOESN’T WANT HIS NAME HERE, he told me he didn’t want to be guided by a 3000 year old Greek Philosophy. Even my good friend Mark Coleman insists that since Aristotle (another Stoic) existed PRE psychology, it’s not possible to base an acting technique on ancient philosophy. I guess I would reply to Mark that you could make the same suggestion of Shakespeare too. Yet, his advice in Hamlet’s ‘Advice to the Players‘ is some of the best ever offered to actors. Still pre-psychology, yet full of wisdom. Prior to the discovery of psychology as an art (it ain’t a science, you can’t SEE the mind) psychology still existed. We just didn’t have a label on it. To NAME DELETED I say, I understand why you’d want a contemporary American philosophy for a contemporary American lifestyle, but I want a working philosophy for a British lifestyle, and I don’t really care where the influence comes from.

I cannot help find the Stoicism of Epictetus incredibly important and practicable today. Epictetus was a slave in the Roman Empire. He was so admired for his intelligence by his master that he was given his freedom. That’s some intellect. You can read the Enchiridion for free online, although it’s a little impenetrable. That’s why I suggest a wonderful book called ‘A Manual of Living’. It is a a modern interpretation of the Enchiridion by Sharon Lebell.

When I woke this morning, I received some irritating news. In fact, I knew it last night, but today was a confirmation. I opened the book and read these words:

QUIETLY ACCEPT EVENTS AS THEY OCCUR

Don’t demand that events happen as you wish them to. Accept events as they actually happen. That way peace is possible.

Then as I flicked through the book, I saw this too:

EVERYTHING HAPPENS FOR A GOOD REASON

As you think, so you become. Avoid superstitiously invested events with power or meanings they don’t have. Keep your Head. Our busy minds are forever jumping to conclusions, manufacturing and interpreting signs that aren’t there. Assume that everything that happens to you, does so, for some good.

So I offer you some honest advice. You can read the Enchiridion for free online, although it’s a little impenetrable, but I suggest this tiny little book, a wonderful book called ‘A Manual of Living’. It is a a modern interpretation of the Enchiridion by Sharon Lebell and I ask you to consider this little book (available for less than a few pounds). I’m not selling it. I’m just saying that in this little book you will find advice that can pragmatically help you with the following and more:

Of course this book isn’t a book designed for actors, so you’ll have to read between the lines, but in its few little pages, A Manual for Living will surprise you with the relevance of the inspiration it provides. It’s small enough to fit into your trousers or coat pocket. It’s advice will provide you with a lifetime of insight as an actor, and as an individual.

I say with all sincerity and honesty, it is a remarkable little book, a guidebook, a handbook, a manual for looking at life. I’m a pretty no-bullshit guy, and this impresses the heck out of me.

Mark Westbrook is a professional acting trainer and coach based in Glasgow, Scotland.