Hamlet’s Advice to the Players

Hamlet’s Advice to the Players 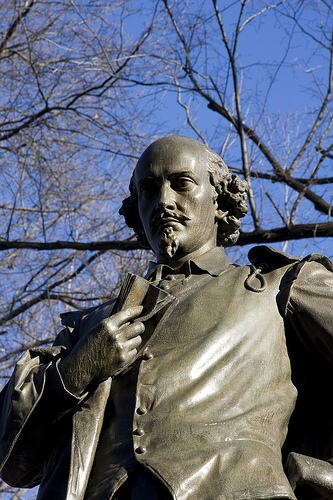 In the past, I’ve had the fond privilege to teach the techniques of acting Shakespeare to young actors. This is NOT a post about acting Shakespeare. Instead, what I aim to do is to light your imagination around some exceptional acting advice that Shakespeare offers us when a fussing Hamlet offers his amateur perspective on acting, to the professional players that arrived at Elsinore. Amateur he may be, but thoroughly helpful the advice is, to all of us. So this post is focused around understanding Hamlet’s advice and how it can help you too.

I’m just going to focus on a portion, but to me, it’s the portion that really counts. I don’t doubt the rest is valuable, but this is what I’m going to blog about today:

Speak the speech, I pray you, as I pronounced it to
you, trippingly on the tongue: but if you mouth it,
as many of your players do, I had as lief the
town-crier spoke my lines. Nor do not saw the air
too much with your hand, thus, but use all gently;
for in the very torrent, tempest, and, as I may say,
the whirlwind of passion, you must acquire and beget
a temperance that may give it smoothness. O, it
offends me to the soul to hear a robustious
periwig-pated fellow tear a passion to tatters, to
very rags, to split the ears of the groundlings, who
for the most part are capable of nothing but
inexplicable dumbshows and noise: I would have such
a fellow whipped for o’erdoing Termagant; it
out-herods Herod: pray you, avoid it.

FIRST PLAYER:
I warrant your honour.

HAMLET:
Be not too tame neither, but let your own discretion
be your tutor: suit the action to the word, the
word to the action; with this special observance, o’erstep not
the modesty of nature: for any thing so overdone is
from the purpose of playing, whose end, both at the
first and now, was and is, to hold, as ’twere, the
mirror up to nature; to show virtue her own feature,
scorn her own image, and the very age and body of
the time his form and pressure. Now this overdone,
or come tardy off, though it make the unskilful
laugh, cannot but make the judicious grieve; the
censure of the which one must in your allowance
o’erweigh a whole theatre of others. O, there be
players that I have seen play, and heard others
praise, and that highly, not to speak it profanely,
that, neither having the accent of Christians nor
the gait of Christian, pagan, nor man, have so
strutted and bellowed that I have thought some of
nature’s journeymen had made men and not made them
well, they imitated humanity so abominably.

Shakespeare/Hamlet tell us to speak the lines ‘trippingly’ - that’s with a general swiftness, not to labour over them. He insists that it is performed ‘as I pronounced it to you’. It’s easy to think that he’s asking them to repeat it as he has said it (in other words: he’s a bad director giving line readings) but instead, see it as Shakespeare saying ‘As I have written it for you’ (I can hear Mamet saying ‘Just say the f*cking lines!’).

‘But if you mouth it’ - if you ‘mouth’ the lines – if you simply go through the motions, as many actors do, I’d rather anyone (even the Town Crier) shout the lines out, cos that would be better than simply mouthing the lines. This is an anti-dote to people who think Mamet’s instructions to speak up and ‘just the say the lines’ means just mouthing the lines. Don’t be so naive and simplistic about it, there’s much more.

Next Shakespeare warns us about extraneous gesture, ‘soaring the air too much’ - he tells us that our gesture and movement must be gentle, or let’s think subtle. Then he warns against getting too carried away in the emotional storm of a role, but instead, temper it with smoothness. Mamet could have written the same thing. The next part, ‘Oh it offends me’ well, for the Method actor, they’d say, it offends them to see someone hamming it up, and being empty or not living the role, or feeling the emotion. For the Practical Aesthetics actor, we’d say much the same about the Method actors. :o)

Then we get a special note, a special observance – don’t step beyond the modesty of truthfulness, for anything that goes beyond this, is not acting, it is not ‘playing’. And then Shakespeare/Hamlet gives us a beautiful description of the purpose of acting/playing: to hold the mirror up to nature. Note here he doesn’t say to become nature, to ape nature, to copy nature, to become the role, to tell a story BUT… ‘to hold the mirror up to nature’. In the mirror is the reflection of nature, not nature itself.  In other words: truthfulness but not necessarily realism.

Print out Hamlet’s Advice, or buy the play. Consider it. It provides us with as much food for thought today as it did back around 1600 when it was written.

Mark Westbrook is a professional acting trainer and coach, based in Glasgow, Scotland.