AVOID THE PITFALLS AND COMMON MISTAKES OF SELF-TAPE AUDITIONS

"Every day, actors have to self tape for acting jobs all over the world. Self-taping has become THE way of auditioning for roles in film, television and sometimes even theatre.  It's never been more important to be able to do a kick-ass job in preparing your own self tape.

In my eBook Guide to Self-Taping Success, I'll introduce you to the tools and techniques of producing a great self tape for yourself. From camera and audio to backgrounds and slating - I've covered the whole lot. What's more it's free to download right now." 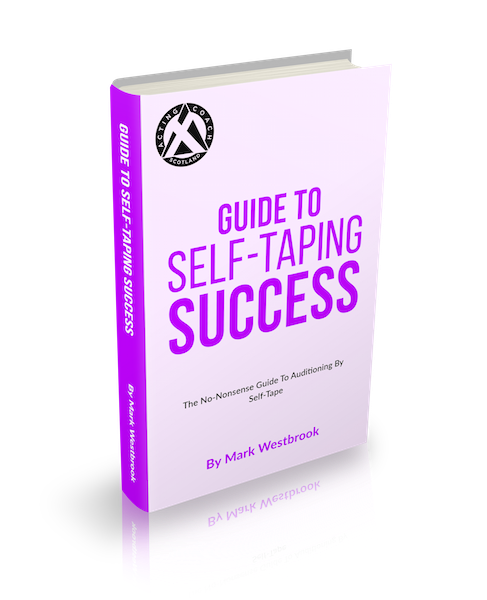 BUT WAIT... WHY ARE YOU GIVING THIS AWAY FOR FREE?

We don't think you should have to pay out huge sums to an alleged guru - just to learn to self-tape. So we produced a kick ass self taping guide to succeed without you having to pay a penny.

Mark Westbrook is one of the most outspoken acting coaches in the UK, his blog is regularly read by over 30,000 people. His clients include Oscar and BAFTA winners. He is the author of Truth in Action, a Manual of Common Sense for Actors. Every day Mark coaches actors for auditions and jobs in major films and television dramas. He brings his unique brand of pragmatic common sense to an uncertain industry.

He is also the writer/producer of To The Sea made with Spartak Films and ConCam Productions and directed by Raindance nominee R Paul Wilson.

Author, acting coach Mark Westbrook reveals his top tips that he shares with his professional clients for delivering self-tape success at the highest levels when auditioning for any acting project.

Whether it's film, television, short film, or theatre - this guide will help you succed.