James Clear, in his book Atomic Habits outlines a way to see progress that helps all of us to appreciate what’s really invisibly happening under the surface.... 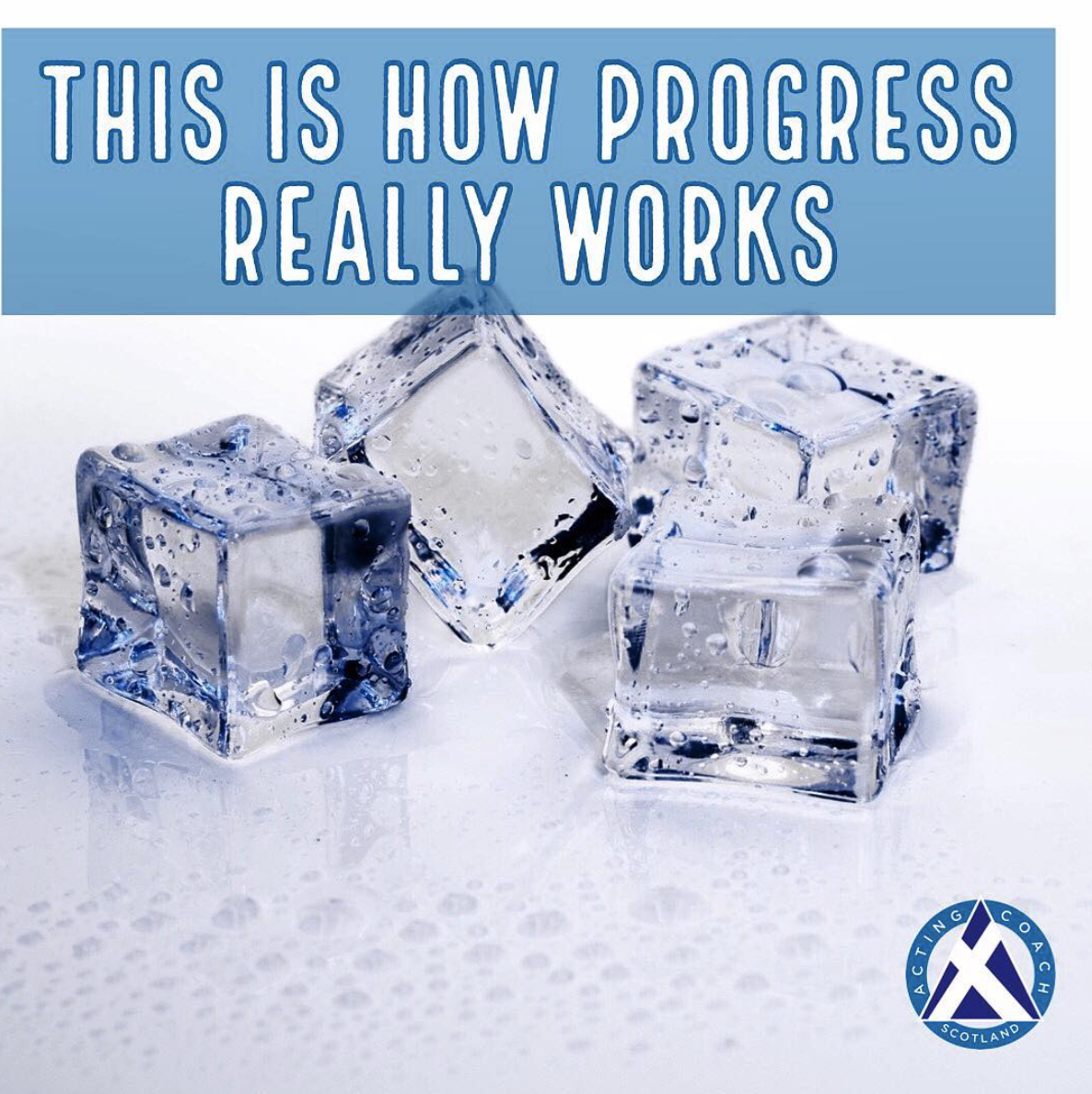 Progress happens because of all the small fundamental things happening under the surface. For James Clear, he says it’s a little bit like sitting in a cold room with ice cubes in front of us.

At 25 degrees C, the cubes are solid and whole. At 26, 27 and 28 too. At 29, you still have noticed no difference at all. At 30 and 31, you would be forgiven for thinking nothing would change. But then at 32 degrees C, something happens. The ice cubes melt.

Growing real acting skills often looks like nothing particular is happening. You certainly can’t see the neural network being made in your brain. Actors are often discouraged by this experience. They learn something new but after the initial buzz, there appears to be no change. So they stop. Often just at the moment when the change is about to happen, when 31 becomes 32, many actors give up.

Sadly, that’s what we see as acting coaches frequently. If you are learning an acting technique, expect it to take considerably longer than you want it to take. Because like most things that are worth learning, they will not come easily.

Progress works slowly. Invisibly, under the surface. The ice is about to melt, will you be patient, and keep working at it, or will you give up with only 1 degree to go.

Skill grows imperceptibly. We are incompetent at a new skill for a long time and then suddenly - as if by magic - there’s a breakthrough and we can do it. But we couldn’t see the ongoing continuous change happening under the surface.

Mark Westbrook is the Course Leader on the Diploma in Stage and Screen Acting at Acting Coach Scotland.