Success is not the norm. Failure is the norm. We don’t really rise to the challenge, we fall. Under pressure, we are not the best, we are often the least worst. I’m sorry to say it, because I wish it weren’t true. But it is. 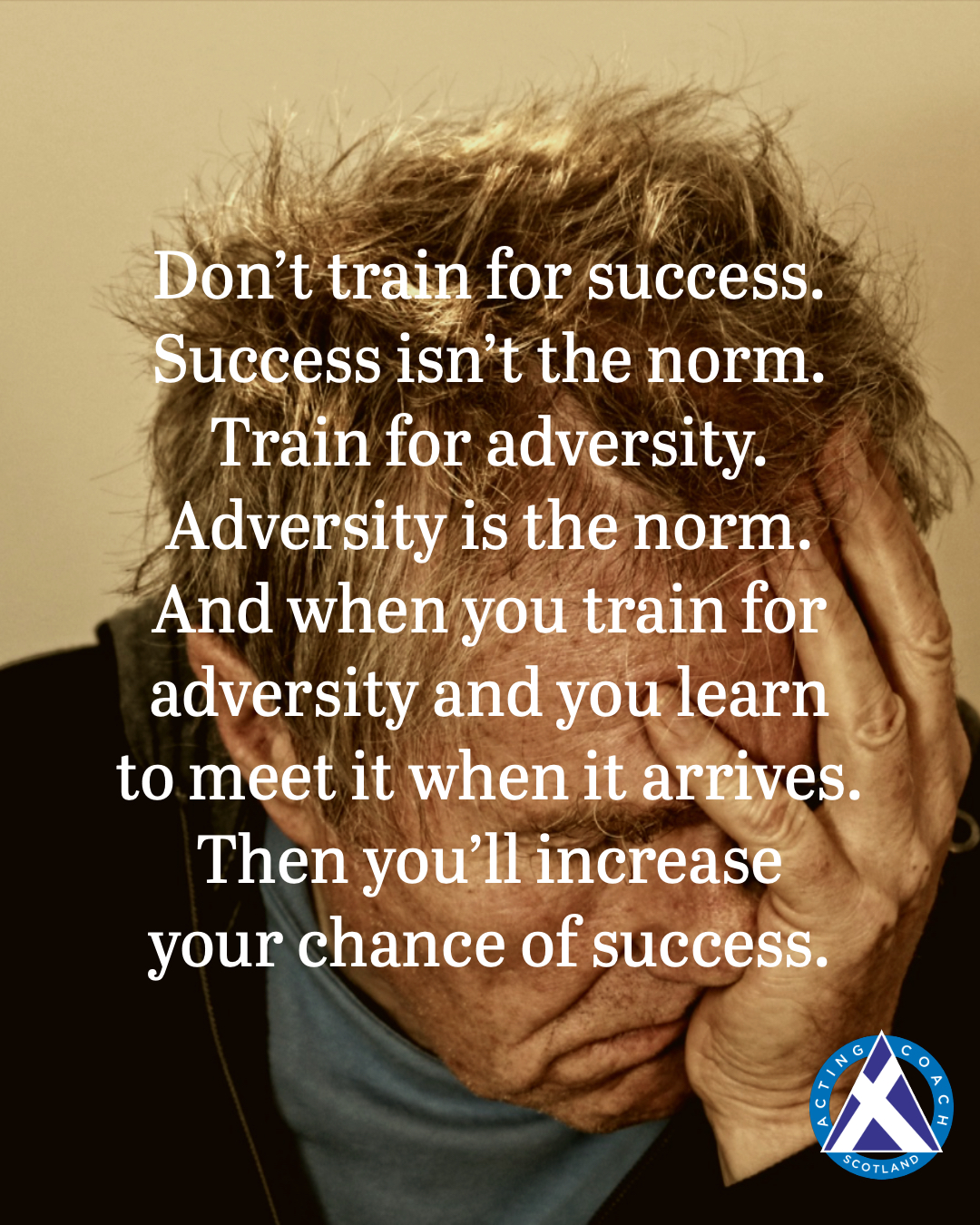 And yet, we train for success. And instead, we should be training for adversity, for things going wrong, for mistakes and failures. Because THAT is the norm. That is going to happen frequently, and you need to be ready for it.

Whatever you want to achieve in your acting career, there will be adversity. But many people see adversity as a symbol that they shouldn’t continue. And those people are wrong. Adversity is built into the journey to success, otherwise success would be cheap and easy.

I particularly think that is useful when preparing for auditions. It might seem a bit weird, but the more intentional discomfort you can feel while practising, the more you will be able to endure on the day of the audition. Is is pleasant? No. But you can be ready for adversity, or it will steamroller you.

Training for adversity in your auditions now will help you to handle ANY adversity that comes during the audition.

What you HAVE to understand is that no audition is ever going to go perfectly. And if you respond to adversity AS IF you thought it could go perfectly, you are going to experience pain.

Julliard, one of the most prestigious conservatories in the world includes an ‘adversity audition’ as part of their training programmes. They make things difficult, so that the first time their students experience adversity outside in the real world, they are equipped with the tools to face it.

At Acting Coach Scotland, every Autumn, we do ‘Resilience Training’ which is pretty much the same thing. We ask our students to audition while we try to steal their focus and undermine their confidence is simple ways. Then we train them to deal with it and then audition them again. In rehearsals for this term’s One Act Play Festival, I gave some of my students a physical exercise workout, and then they had to gather themselves and perform their work, while still sweating from the workout.

Training like this prepares you for the awkward, uncomfortable but frequent problems of being an actor in auditions.

Think about how you can prepare yourself for adversity and you will find it easier to deal with. What can you do? Can you do your audition work with the television on loud? After doing 100 jumping jacks? After going for a run?