Respect for the Text - Advice for Actors from Harold Pinter

Respect: A Lesson from Harold Pinter

Actor, dramatist, director and winner of the Nobel Prize for Literature. Pinter’s life was a life devoted to words on stage and screen. He also wrote prose and poetry, as well as becoming increasingly politically active.

I was recently watching a documentary on Pinter to help prepare for a class in which we start work on the Pinter play The Lover.

Early in the documentary, Pinter sits in on the rehearsals of scenes from his play. He notices that the actors are not paying attention to the precise words that he is written. This is certainly a habit that comes from the world of TV and Film, where the actors often decide to change the lines. But Pinter was a master craftsman, and the rhythms of his dialogue were based on the precise and exactly choice of the words he chosen. He wasn’t precious, he simply wanted the actors to ‘play the notes that as he had written them’, not improvising around them. 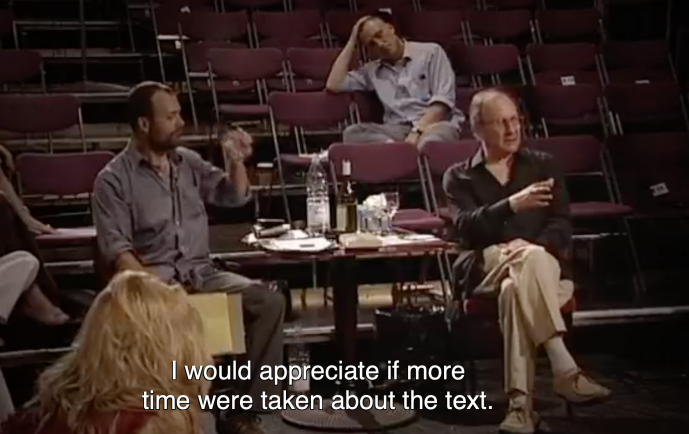 (Having said that, television writers are talented and hard working people, so why no one offers them the same respect, I don’t know, but I have countless examples of the writer’s words in televisions being swapped for something ‘better’ that the actor had chosen. How disappointing that is.) 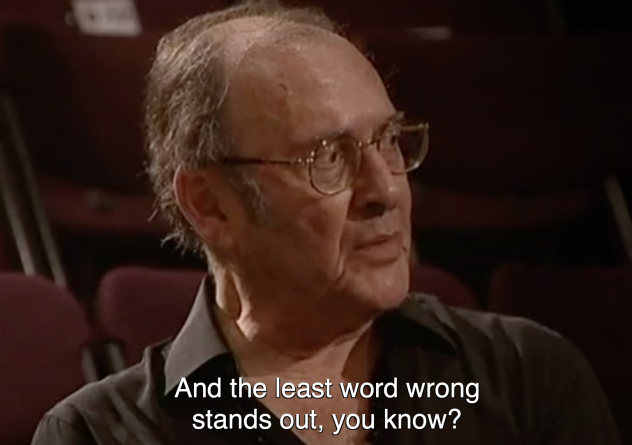 Respect the text. The words aren’t just a rough guide. The text is the pathway through the scene. Your real job is to negotiate the subtext, rather than the text - you can make your interpretation there. You don’t need to edit or amend the text to ‘improve’ it. 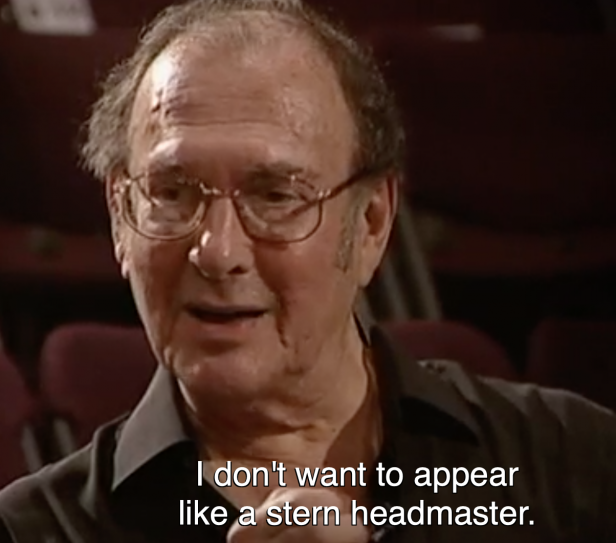 Respect for the text, as Pinter suggests, is not only respectful to the writer, but actually helps you to perform it. The writer has created the words in a certain order, with their own expertise. Thinking that you can improve it is pretty cheeky. And if you can improve the work of someone as experienced, skilled, knowledgeable and lauded as Pinter - perhaps you should also take up writing, just not during rehearsal for one of someone's plays, or acting someone else's script. 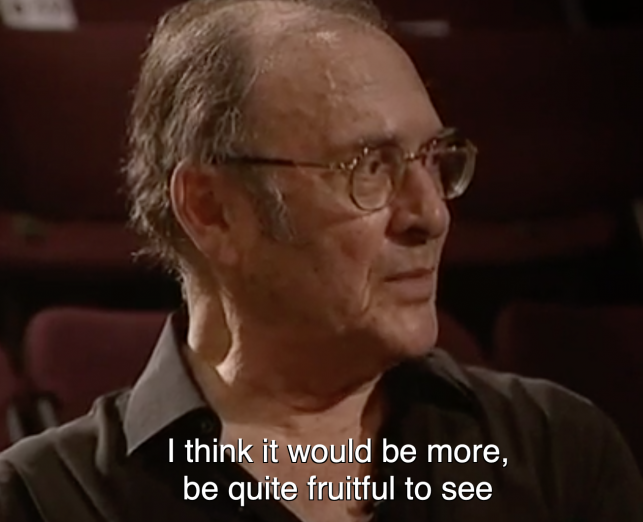 Pinter was the first to really invest the Pause and the Silence with meaning. Actors often get it wrong when they assume PAUSE means stop acting, and SILENCE means stop acting for a long time. Quite the contrary, the subtext of those pauses and silences is essential to your understanding of the scene you are working on. 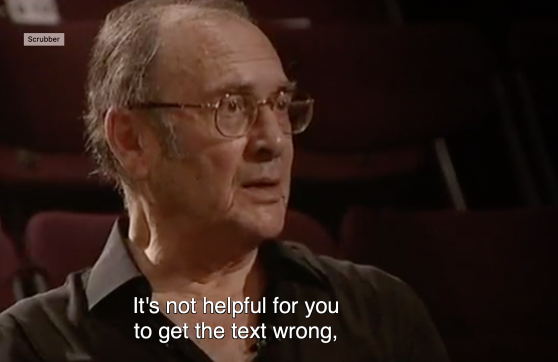 The study of the text is the hardest part of your job. But without it, you are basically improvising on your ignorance. Take a tip from Harold Pinter and pay attention to the text.