My Thoughts on Acting Pinter

My Thoughts on Acting Pinter

Why should the actor care about learning how to act Pinter? The young actor may never have heard of the Nobel Prize-winning dramatist, screenwriter, actor and director, Harold Pinter. Pinter's work ranges from the absurdist The Birthday Party, to the realistic and semi-autobiographical Betrayal, the psychological A Kind of Alaska and the menacingly political Mountain Language. But even if his work itself doesn’t float your boat, it is his exploration of language that, like Shakespeare, helps to tune your ear to peculiarities of a writer’s dialogue. And on all contemporary dialogue, Pinter has no doubt had an influencing effect. 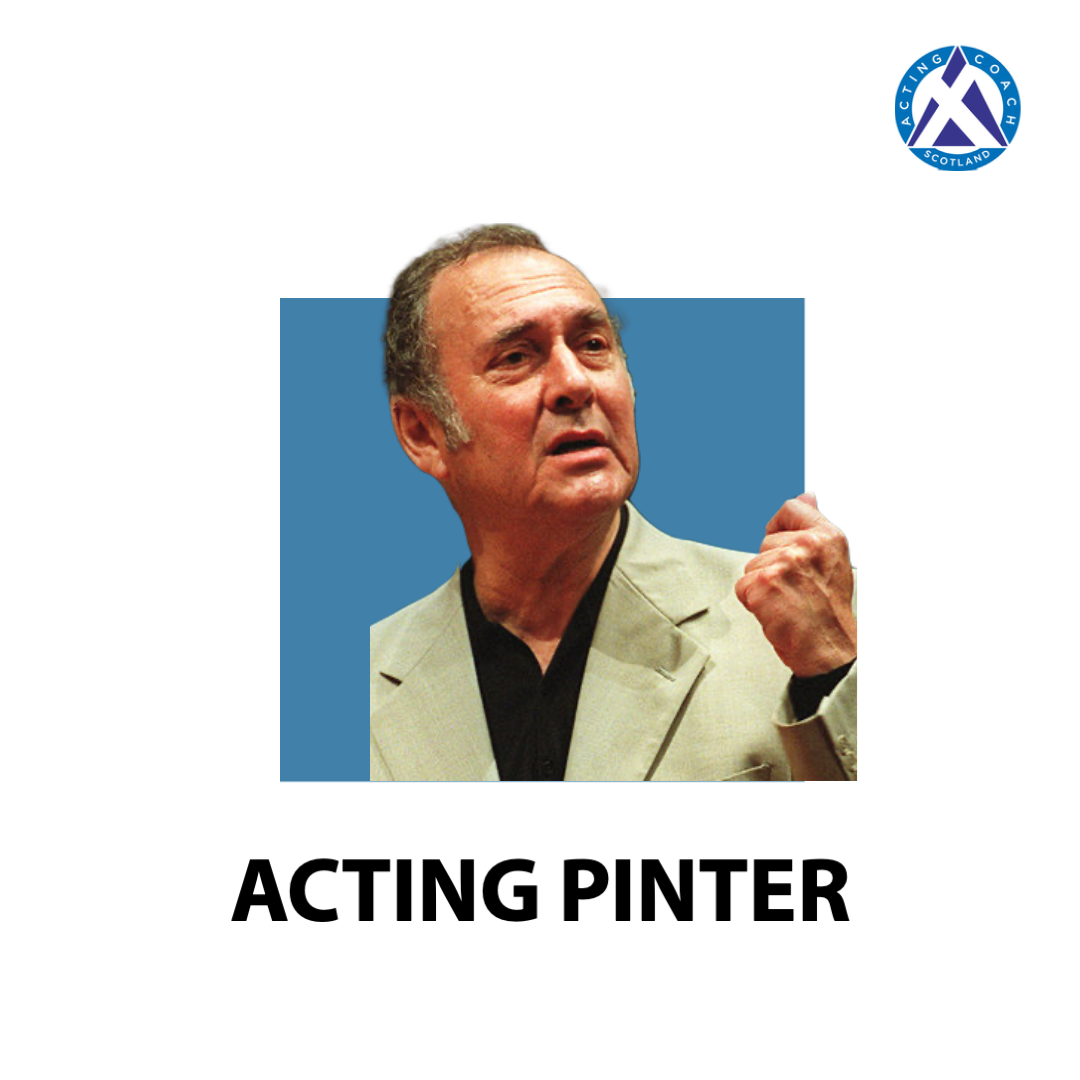 For those actors working on scripts by David Mamet, we are constantly reminded that character is action. The characters are not a bunch of facts, but they can be known by the dictum “you are what you do.” If you beat your wife, you’re a wife beater. It doesn’t matter what you say, or what people think of you, you are known for how you behave. Speech and language in Mamet’s work are a form of action. When one character cruelly belittles his wife, we understand something about who they are - they are an abusive spouse. Mamet’s characters fight their own inarticulacy to be understood, to overcome their opponent. When they cannot overcome their struggle with language, they often resort to forms of violence, such as Teach striking the young Bobby with a telephone (American Buffalo), Fox twice punching his friend Gould (Speed the Plow) John assaulting his student Carol (Oleanna) or Moss and Levene robbing the office (Glengarry Glen Ross). One of Mamet’s greatest influences was the writer Harold Pinter, who directed the British premiere of his controversial play, Oleanna.

Unlike Mamet, Pinter uses language, not as a form of action which reveals character, but as a mask to obscure. Pinter’s language is a deliberate ruse, a decoy, to hide the character’s true thoughts and intentions. It is a conscious avoidance of communication.

Pinter believes his characters are untrustworthy. Unlike Mamet’s characters, Pinter’s characters are not wrestling with inarticulateness, they are not inclined to speak honestly. Honest communication is scary. It leaves us open and vulnerable to being misunderstood, taken advantage of - or worse. Even when characters speak at length, it is less to communicate their inner thoughts and feelings, but to avoid knowing or being known. It is simply too dangerous to let yourself be known to another - because who knows how they will use that knowledge to screw you over or do you in.

The married couple Richard and Sarah in Pinter’s The Lover cannot engage in the type of sexual activity they crave as themselves. These things are too distasteful, too shocking, too repugnant and cannot be known - even to their spouse, who may reject them if they ever know the whole dirty truth. The uptight Richard cannot treat his wife like the whore he wants, without first exchanging the mantle of middle class respectability for the permission that playing a role will give him. If they are both going to indulge in the kind of sex they need, first they must take on a disguise. The whore, the rapist, the lover, these are all masks to hide respectability away from improper lust.  In fact, Richard becomes terribly annoyed with Sarah when the ‘props’ of their fantasy life, such as high heeled shoes and a pair of bongo drums, are accidentally left in sight and impinge on the ‘real world’. Of course, there is one question left remaining. If these dark erotic desires are what Richard and Sarah intrinsically crave; are the roleplay characters their true nature, and the respectable couple actually the mask they wear?

Characters in Pinter move like chess pieces, strategically and in strange shapes. They are rarely direct in intention or action. Like camouflage, they are a pattern (of behaviour) designed to conceal the truth. In fact, Pinter’s characters often appear to be pieces in a game within a game. Avoiding the violence which erupts out of Mamet’s character’s verbal frustration, Pinter’s violence exists between the lines. When we fear being known, our true nature being discovered, we may act to mask our truth, to defend it from violence. Or we may actively, offensively, obscure it, to act out violently to obscure our real shape.

Do we ever really know someone? Pinter himself tells us little about his own characters. Characters use false names and pseudonyms. Richard and Sarah in The Lover play out several layers of increasingly prurient roles in order to avoid the crushing reality of a stale and loveless marriage. It is hard to get to know a character like Sarah, when we see her switch between the roles of wife, mistress, victim, vamp, and whore. Who is the real Sarah? Will we ever know? 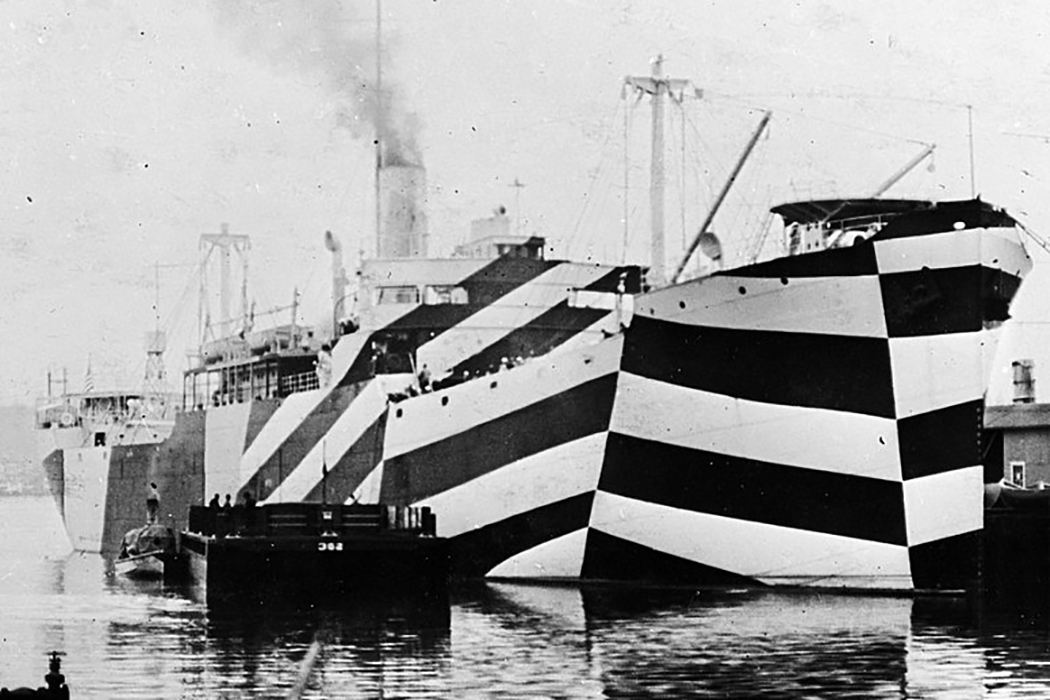 Is the old tramp in The Caretaker, Mac Davies or Bernie Jenkins? Davies in The Caretaker is repeatedly asked if he is Welsh - which Pinter never resolves. There are private things that we do not reveal to strangers. There are things we never tell the people we are sleeping with. There are things that others will never know about us. And Pinter doesn’t easily package his characters for actors and audience to know them. When even the writer himself is actively avoiding telling the truth about his characters, we can start to see the world that Pinter’s characters inhabit.

If you’ve found this blog post useful and interesting, consider sharing it with a friend.

Mark Westbrook is the author of Truth in Action, and the Co-Principal at Acting Coach Scotland, where he leads the 2-Year Professional HND Acting and Performance course.