Advice on Acting for Camera

Advice on Acting for Camera

Acting in front of the camera is a whole different kettle of fish from your standard stage acting. There are a few things you may need to do differently, and if you’ve never done it before it can be daunting. Let’s have a little run down of dos and don’ts:

- Learn your lines. This may sound like a given, but it would surprise you how many actors waste director’s time because they haven’t practised enough.

- Look at the other characters while making a speech. You could try looking into one eye then the other, which gives the scene a natural look.

- Make sure you are in the right place. If you have a mark to get to, then for God’s sake get there in time.

- Keep going if you mess up a line. It is up to the director, not you, to decide if a scene needs retaking.

- Angle your shoulders towards the camera rather than facing it head on.

- Take care with noisy props and footsteps, especially in a quieter than usual scene.

- Be positive. If you have thoughts about a scene or some lines or anything you have been given, try not to convey these thoughts in a negative light.

- Make the character your own. Don’t be afraid of bringing yourself into the part; after all you have been cast because the directors like what you have to offer. 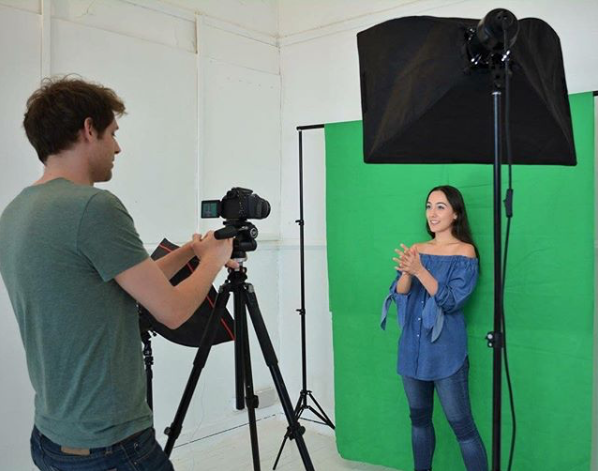 - Stop. Ever. The general rule here is that you keep on acting, unless you’ve lost a limb, or you’re actually dead.

- Look directly at the camera, unless you have been asked to do so. Nothing more unprofessional than an actor giving the viewer an unexpected sidelong glance.

- Speak louder just because you’re using a different accent. Think of Brits on holiday talking to foreigners, and avoid this at all costs.

- Project more loudly than your fellow actors. No one likes a show off.

- Panic. This is the biggest killer of mood and good acting; even if you’re falling apart inside, try to keep it together on the exterior and you will remain believable.

- Break any rules without good reason. We all know that there are certain things that can and can’t be done, so make sure you know the difference.

- Lose energy when speaking at lower tones. You don’t have to reduce your movements or gestures just because you’re being quiet.

- Say “never”. If you are offered a role that you don’t want, an outright no will often prevent you being offered parts in the future - I know your mum always told you not to lie but a little white fib about being incredibly busy with other parts is fine in this instance.

There’s one more tip for you - enjoy yourself. This is your dream career, what you’ve been aspiring to ever since you got a standing ovation for playing the Angel Gabriel in your first nativity play, isn’t it? Well, you’ve made it - give yourself a big pat on the back, and make sure you relish the moment.

Mark Westbrook is co-Principal of Acting Coach Scotland, a private acting college, based in Glasgow, Scotland.