Practical Aesthetics and the Inner Game of Acting

Practical Aesthetics and the Inner Game of Acting

Practical Aesthetics - What Is It?

Our approach to acting is called Practical Aesthetics, it is based on the work of Sanford Meisner and the late work on the Method of Physical Actions with Konstantin Stanislavsky - the father of modern acting.

You can read about it in A Practical Handbook for the Actor by Melissa Bruder et Al, True and False by David Mamet, The Monologue Audition by Karen Kohlhaas, The Handbook for Acting Techniques by Arthur Bartlow and A Field Guide to Actor Training by Laura Wayth - which includes a mention of Acting Coach Scotland's approach to Practical Aesthetics outlined in Senior Coach Mark Westbrook's book Truth in Action.

Practical Aesthetics is highly practical, no-bullsh*t approach to acting developed by award winning writer David Mamet and award winning actor William H Macy. It was created out of Mamet's desire to reduce the actor's tendency towards navel-gazing and self-conscious introspection encouraged by the worst excesses of Method Acting.

As a complete alternative to traditional approaches to acting, Practical Aesthetics does not take any prisoners. If it doesn't work for you in practise, it isn't part of your training at Acting Coach Scotland.

It starts with very simple concepts. Truly understand the drama of the scene. Go into the scene with something to do, and try to do it in every moment of the scene. Adapt to what your scene partner is doing. And that's it. However, like any fundamental skills, it takes time, commitment and an open mind. Three things, most people struggle with.

Traditional approaches throw around terms like Character, Emotion, Motivation, without every discovering whether and how these concepts really lead to successful performance.

Practical Aesthetics takes a unique approach to character, we do not step into their shoes, we work to reach the state of Flow, which is what the very best actors experience when they think they are in character. An optimum state where your ego drops away, and you experience pure enjoyment.

Luckily, our studio has full, part and private training and coaching options. So, no matter how you want to discover the Practical Aesthetics Acting Technique, there's a way for you. 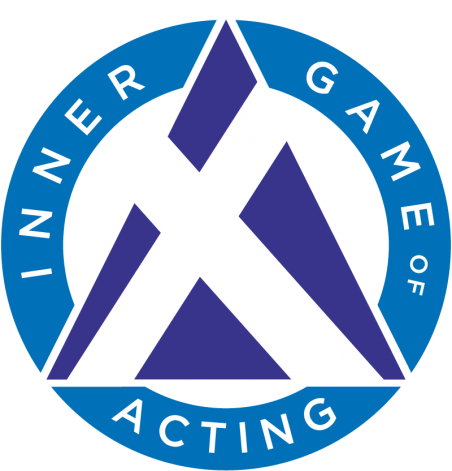 The Inner Game of Acting

There is always an inner game being played in your mind no matter what outer game you are playing. How you play this game usually makes the difference between success and failure.” -Tim Gallwey

Like professional sports men and women, actors do what they do under pressure. They also live under the constant nagging presence of 'Inner Critic', the brutal voice in your head who constantly interrupts and interferes with your achievements.

One of the units of our full time acting course at ACS is called The Inner Game of Acting and deals directly with the mental aspect of being a professional actor.

Our clients have achieved phenomenal success thanks to developing mental toughness and a winning mindset, alongside the many other benefits of the Inner Game of Acting.

Far from the airy-fairy mumbo-jumbo of traditional acting advice, the Inner Game draws on 50 years of sports psychology.  Our students set achievable goals, create successful strategies for achieving them, develop unstoppable confidence, repair damaged self-esteem and most of all, they win and they win often.

The Inner Game is not the type of psychology that looks into your relationship with your parents, or looks at your worst fears. It removes the barriers to success, it helps the actor get out of their own way, and turns them from their own worst enemy, into their most trusted ally.

"If you like a no-nonsense approach, Mark Westbrook's Truth in Action is about as no-nonsense as it comes..." LAURA WAYTH, author of A FIELD GUIDE TO ACTOR TRAINING.

TRUTH IN ACTION is a no-bullsh*t, no-holds-barred call to actors all over the world. Leading Acting Coach and Performance Psychology Expert Mark Westbrook delivers this articulate, challenging and above all practical guide to acting without being shackled by the Myths of Character, Emotion and Talent.